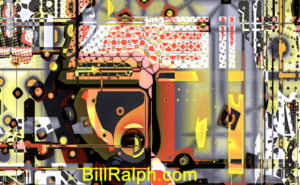 This page shares resources to help us see math, art  and coding, individually and in combination, in new light.

We organize the collection in 4 categories:

We have started by identifying publicly available examples where artists, mathematicians, educators and computer scientists use code to create art.

As you study the examples below, you may find it difficult to separate art, math and code, or to see where one starts and the other begins.

“My work is a personal visualization of patterns and structures emerging from mathematical processes that are simulated by computer programs I design.” 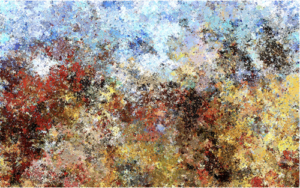 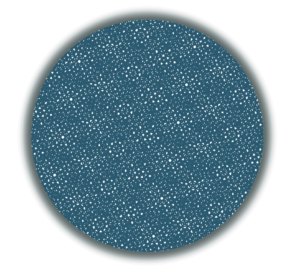 This website has six computer-generated works of art that have mathematics at their core.

There is an access to the code and the underlying mathematics of each artwork. 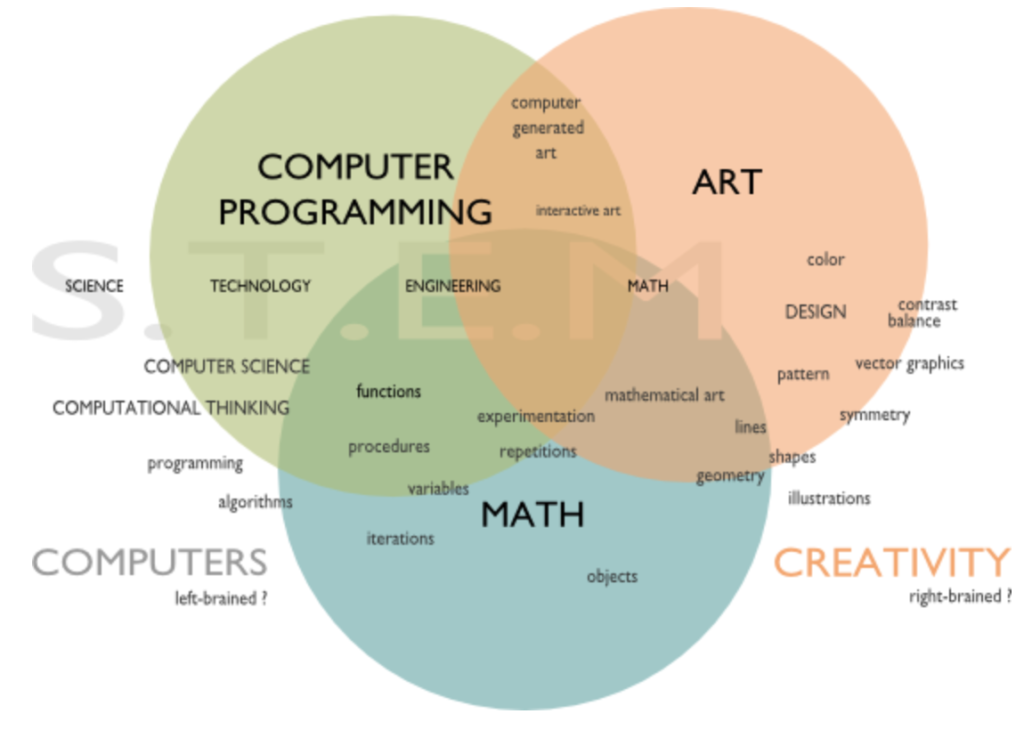 This site’s content is based on 12 years of teaching experience of Sheena Vaidyanathan, a computer scientist, who is an artist and educator, in the public schools. 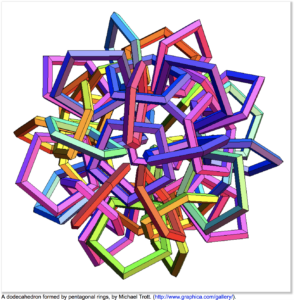 This website illustrates a collection of algorithmic mathematical artwork.

The differences between  artworks and algorithmic ones are explained and it is emphasized that all artworks generated by computers are not necessarily algorithmic.

In this website there are opportunities for kids to generate visual mathematical artworks by coding. 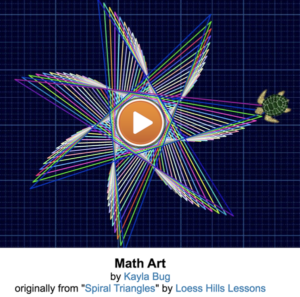 The writer, Lorenzo Pasqualis, has two different passions which are art creation and coding. He uses math and coding to generate artistic visions. 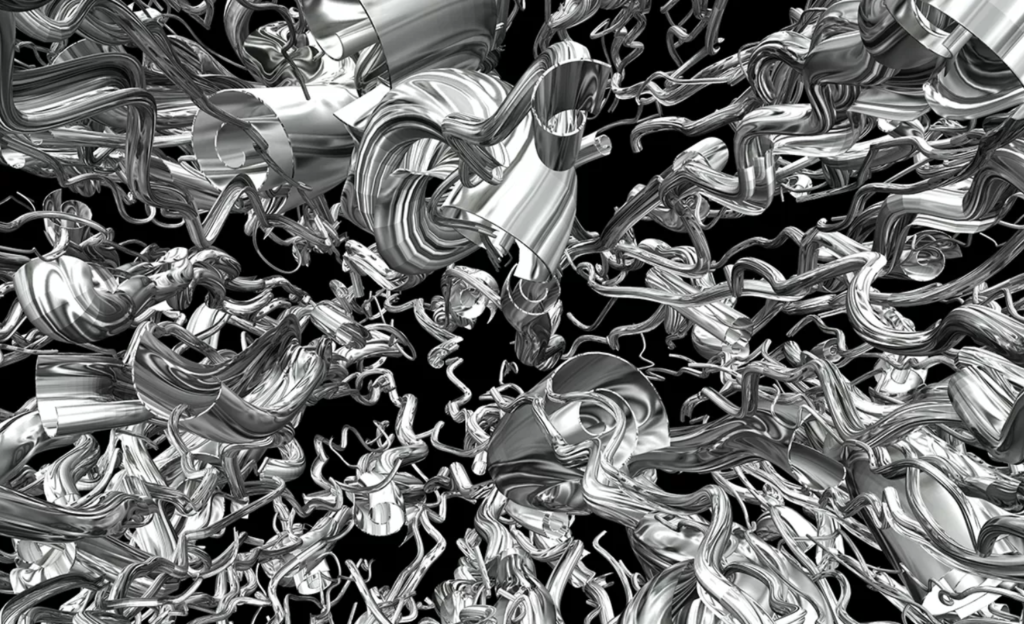 On this page you will find some tessellations, surfaces, and other math stuff along with some basic Mathematica code.

Bridging the gap between art and code

“To UCLA visual artist Casey Reas, writing computer code and programming are not so much technical skills as “thinking” skills that he has managed to apply to artistic expression to great effect.”

“It’s a very interesting and powerful way of thinking that doesn’t have a specific domain,” Reas explained.

Joseph Nechvatal’s Computer Virus Project 2.0 follows along the same lines as previous viral works by Nechvatal in 1992 – works where an unpredictable progressive virus operates on a degradation/transformation of an image. Using a C++ framework, Joseph Nechvatal and his programmer/collaborator Stephane Sikora have brought Nechvatal’s early computer virus project into the realm of artificial life (A-Life) (i.e. into a synthetic system that exhibits behaviors characteristic of natural living systems). With Computer Virus Project 2.0, elements of artificial life have been introduced in that viruses are modeled to be autonomous agents living in/off the image. The project simulates a population of active viruses functioning as an analogy of a viral biological system. Here the host of the virus are the digital files on which the computer-robotic assisted paintings in this show are based. Among the different techniques used here are models that result from embodied artificial intelligence and the paradigm of genetic programming.

The Draftmasters – I from Daniel Iglesia on Vimeo. 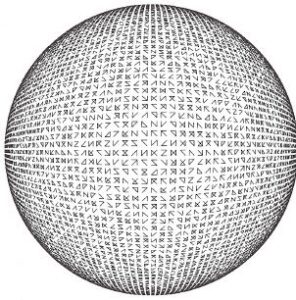 “The fundamental view that machines should not be considered as a challenge to humanity but, like McLuhan predicted, as an extension of ourselves is the basic philosophy when becoming involved with technology.”

“A technology which ‘functions’ has to be integrated in our lives like a physical extension—a necessity of our body and our mind. We are living now in an era of enormous technological transitions, where so many misunderstandings in human machine relationships are created by lack of knowledge and the categorical refusal to learn by most individuals. A quasi mystical fear of an incomprehensible technology is still omnipresent.”

At night Abundance transforms the San Jose City Hall Plaza and Rotunda into an interactive social space. A video camera mounted on the City Hall captures the movements of people walking below, as a dynamic animation generated in response to this movement is projected onto the cylindrical rotunda. Photo credit: Lane Hartwell Commissioned for the City of San Jose, California by ZER01 – the Arts and Technology Network. Exhibited September 28 – October 6, 2007.

When you take a line fragment and give it a stretch, as you do with the string of a bow, the first result is a curve, then a circle and in case you go for it, endlessly, the ultimate artefact is a line again. That series works on the stretch of the line and push the principle of fake straight lines and genuine curves (as if straightened up eventually, out of saturation) to its utter limits.

Turn your photos into art.

We use an algorithm inspired by the human brain. It uses the stylistic elements of one image to draw the content of another. Get your own artwork in just three steps.

Our mission is to provide a novel artistic painting tool that allows everyone to create and share artistic pictures with just a few clicks.

We are five researchers working at the interface of neuroscience and artificial intelligence, based at the University of Tübingen (Germany), École polytechnique fédérale de Lausanne (Switzerland) and Université catholique de Louvain (Belgium).

Can an Artificial Intelligence create Art?

Jimenez, B. A., & Kemmery, M. (2013). Building the Early Numeracy Skills of Students with Moderate Intellectual Disability. Education and Training in Autism and Developmental Disabilities, 48 (4), 479-490.

Theme: The authors found a weak but significant effect of reading picture books to children on their general measurement performance. However, this effect was only found for K1 children on the component of holistic visual recognition.

Padula, J. (2004). The role of mathematical fiction in the learning of mathematics in primary school. Australian Primary Mathematics Classroom, 9(2), 8-14.

Trikoupis, A. (2011). Multidimensional artistic education: the mathematical perspective of music composition. Indicative analysis of applications in the work Jalons by Iannis Xenakis. Review of Artistic Education,1(2), 87-95.

This paper explores how drawing and visualisation bridges the gap between perception-bound thinking and more abstract, symbolical thinking.

Sakkal, M. (2018). Intersecting squares: applied geometry in the architecture of Timurid Samarkand, Journal of Mathematics and the Arts, 12:2-3, 65-95.

Liu, Y. & Toussaint, G. T. (2011). The marble frieze patterns of the cathedral of Siena: geometric structure, multi-stable perception and types of repetition, Journal of Mathematics and the Arts, 5(3), 115-127.

Ashton, B. A. (2010). Integrating elements of Frank Lloyd Wright’s architectural and decorative designs in a liberal arts mathematics class, Journal of Mathematics and the Arts, 4(3), 143-161.

Bapat, M. (2015). Use of rangolee art in elementary mathematics education. Proceeding of Bridges.