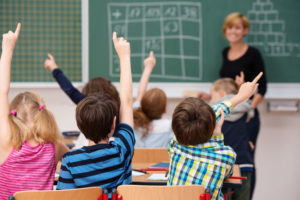 Welcome to Volume 2 Issue 1 of the Math Knowledge Network Quarterly!

We are starting our fifth year with some leadership changes. Dona Kotsopoulos, a soon to be Dean of Western Faculty of Education is continuing as a Co-Director, joined by Dragana Martinovic, Professor from University of Windsor, who is replacing George Gadanidis, while he is on sabbatical. This year was challenging for all educators, school leaders, parents and students, making it even more important that we celebrate resilience and successes in our communities. In this Newsletter, you can read about activities of our four communities of practice in the previous quarter. Wishing you all health and happiness as we are closing on 2020!

Welcome to Volume 1 Issue 3 of the Math Knowledge Network Quarterly!

The first 3 years of the Math Knowledge Network: Impact Report!

We are excited to share the  first 3 years of impact from Communities of Practice: Critical Transitions, Computational Modelling, Indigenous Knowledge & Math Leadership.

Thank you to our 36 partner organizations for their support!

Over the years we have found out a lot of things about how children learn mathematics and more, but the one thing we have not consistently found is just what a child cannot learn in some way. Whether it is playing with and learning about infinity and limit, abstracting number patterns to find the nth term, or in our current case, modelling civilization mathematically with code, even our youngest students are capable of incredible feats of thinking and learning. 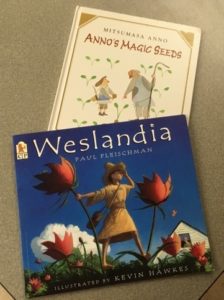 Ms. Silver’s grade 3 class at St. Andrews Public School are about to set out on a learning journey to understand how civilization works. They will be starting out by reading and exploring two wonderful books, Anno’s Magic Seeds and Weslandia. Ms. Silver states, “I am eager to participate in this learning path because exploring new and innovative methods or concepts to further inspire the teaching and learning in both my students and myself is a passion of mine. I thrive on seeing how creative, imaginative and intelligent the students are and enjoy the student led learning path.“

Some of the math and modelling activities that they are going to choose from are available at http://eduapps.ca/civilization/). These activities are linked to both of the books they will have read. Importantly for the students, they will use the Use-Edit-Create cycle of learning to code to explore how to make mathematical models which will allow them to experiment with the parameters which affect a civilization’s growth and change. 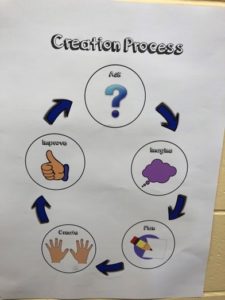 Grade 3s are a curious and creative bunch, so giving them the opportunity to learn while innovating and creating in a maker space harnesses the best of what the students are able to do to learning how the iterative creative process works. Here they are going to be adapting some of the activities linked to Weslandia that are available at http://janettehughes.ca/lab/make-me/. One of the activities that Ms. Silver is really excited about is a making activity where her students will adapt robots like Sphero to powering a vehicle or add-on that could help Wesley with his harvest.

As a final activity, the grade 3 students are going to be modelling their own civilization in a game-like setting using an idea from St. Andrews’ amazing librarian, Mr. Withrow. This role play simulation will allow the students to use all of the knowledge they have learned in order to make their civilization successful. 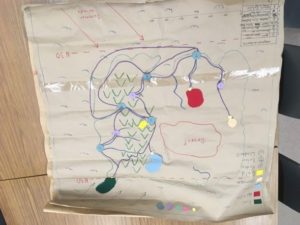 Asked why she would want to have her students learn this way, Ms. Silver says that part of the attraction to learning and teaching in this way is that she, loves “the unpredictability of teachable moments that arise and how we may anticipate a certain path but the students may take us to knowledge we didn’t even expect. I also enjoy integrating the curriculum to teach more productively and fluidly rather than teaching one subject isolated from another.”

This is shaping up to be an exciting, integrated unit of learning that will delight not only the students, but their teachers and parents, too. 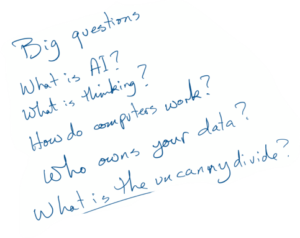 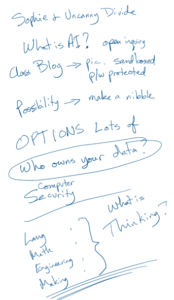 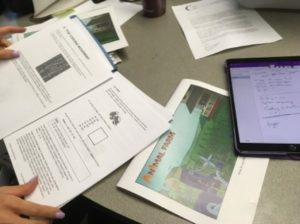 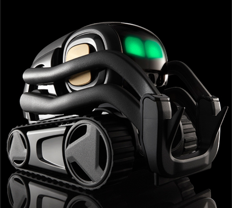 What happens when we use computational modelling as a tool to think-with and learn-with in elementary mathematics? Find out in our new MKN White Paper: Computational Modelling in Elementary Mathematics Education!